This month of January is ‘Veganuary’.  People are being encouraged to eat vegan foods, or if they can’t bear that, at least vegetarian foods. A vegan diet involves cutting out animal products like meat, fish, dairy, cheese and eggs. According to the Vegan Society, conducted in 2018, there are around 600,000 vegans in Great Britain, most of whom are women.  There are also ‘life style’ vegans- people who won’t wear leather, or using cosmetics made from animal products even if these are organic or use eco-friendly methods of production. Being Vegan has been even declared a philosophical belief- this month a court in Norwich ruled that it had been a violation of the UK’s 2010 Equality Act after a worker said he was fired for raising concerns that his employer’s pension fund was being invested in companies involved in animal testing.

An environmental writer and campaigner, George Monbiot, says that ‘the protein content of beef  is just 25%. And beef generates more carbon dioxide per kg than a return flight from London to New York ( Beef creates 1250kg per kg of protein as opposed to 986kg of CO2 per air passenger)  There other environmental costs of beef such as livestock feed, packaging, transportation, disposal of waste, etc. So were the Indians on to something when they declared that the cow is ‘holy’ and that beef should not be eaten?  In fact, one third of Indians are vegetarians and most of the ones that eat meat, do not eat beef.  Did that belief have some practical consideration because livestock also need large areas for grazing?  Land management is a crucial issue for the 21st century- at present, most countries have more areas set aside for grazing than for forests. In Africa, this is causing havoc and on a planetary scale, it is causing desertification, climate change and changes in the water tables.

Eating meat is considered a move up the social and economic scale, so when people become rich they start eating meat.  But eating too much meat, especially red meat, is also creating health problems. In the Philippines, the social attraction of eating meat is so high that poor people will eat recycled meat- called Pag Pag, this is meat that has been thrown out from restaurants and homes, eaten by rats and contaminated by other waste. It is washed, cooked again and sold. Why should people eat such meat? Where is the desperation? Filipino food is actually quite healthy with a combination of meat and vegetables and combines the cuisine of the East with the West.  When I commented about this, I got so much abuse from people that I had to leave the facebook group. 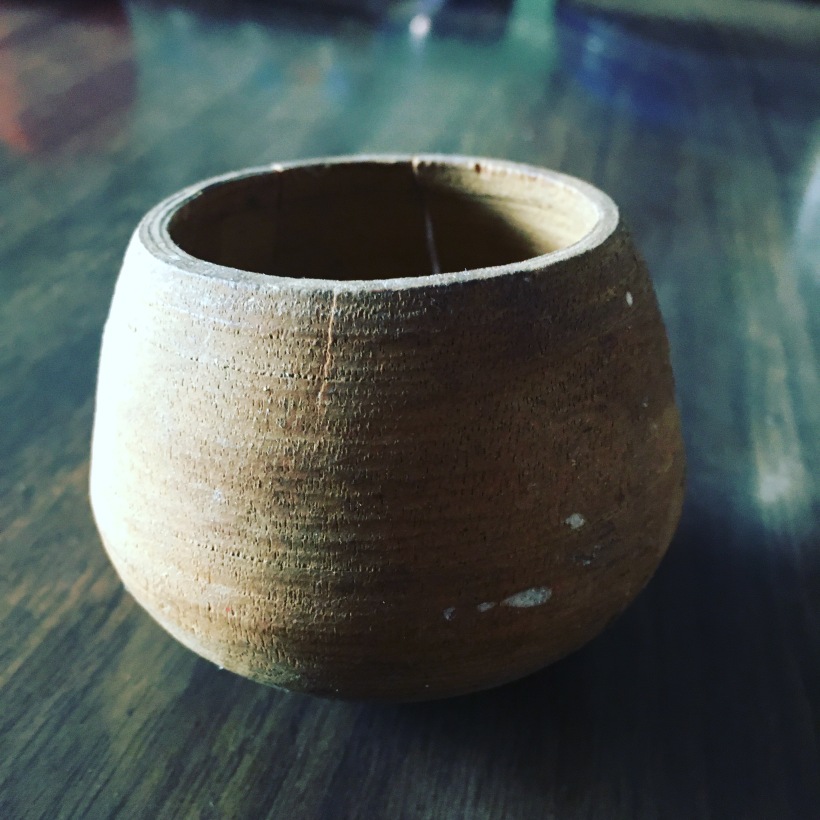 Another aspect of healthy eating is portion size. In my village, rice, legumes and other grains used to be measured out using this wooden cup. When I first saw it as a child, I thought it was a bit mean!  But now, having measured the container, I realise that a portion of that cup is the same size as the cupped palm. That is amazing! So again traditional wisdom knew that portion sizes needed be cut down and created this wooden cup for measuring exact amounts per person.

There must be other traditional wisdom in ancient cultures all around the world. If you know of other aspects, please write in the comments below.

PS: So considering their traditional diet, would Indians be more environmentally friendly than a European who is consuming beef and flying as well?

Creativity and curiosity motivate me while conformism bores me. I design, write, teach, paint and move. Life is an exciting adventure!