I had been away for awhile and the blazing spring had turned into a burning summer.  One of the plants that had suffered from this was my bay tree.  I don’t know why or how the others survived but this one literally looked burnt.  I’ve had this tree for a long time and was sad that it had gone.  But I don’t know why, I decided to replant it elsewhere. Each time I watered it, I muttered words of encouragement and thanks for the bay leaves it had given me.  In the meantime, someone had given me another bay tree for which I was very grateful.  So I decided I should get rid of the dead bay tree.  Lo and behold, when I went to do so, this is what I saw- 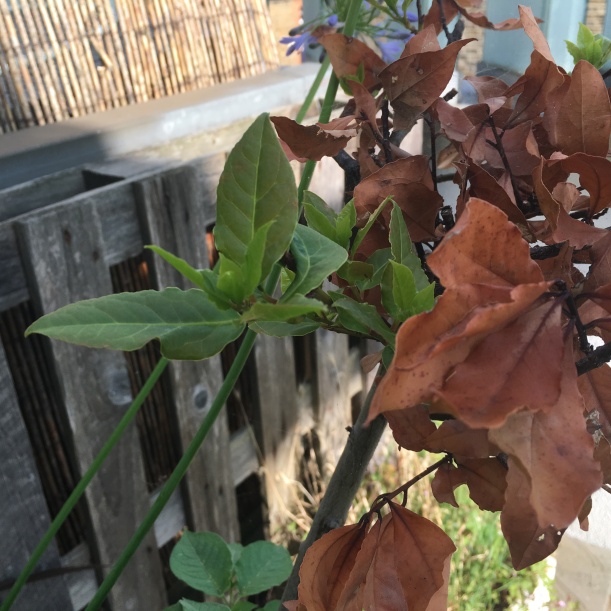 It was as if the bay tree was saying to me, ‘Why did you give up on me?’  Now I’ve taken this lesson as a metaphor for life.  Never give up! 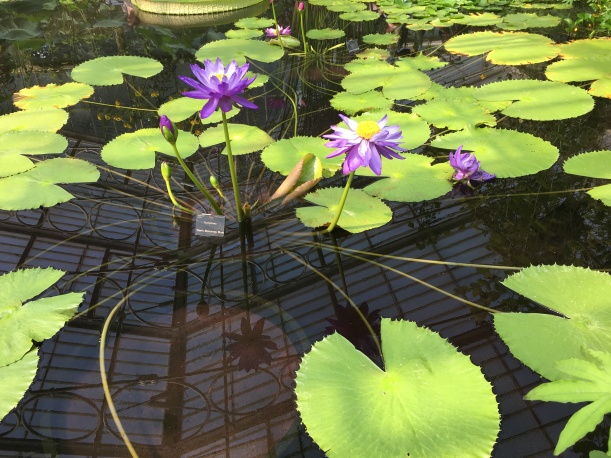 The lotus flower grows, which is an aquatic perennial, in muddy ponds all over South East Asia. But the flowers are offered to the gods and kings, despite such humble origins.  That a muddy dirty pond should give rise to such a beautiful and majestic flowers- a flower that is the national flower of a country, India- is not a contradiction.  In Buddhism, the lotus flower is held up as a symbol of how one can transform life’s trials and tribulations into beauty, compassion and wisdom. 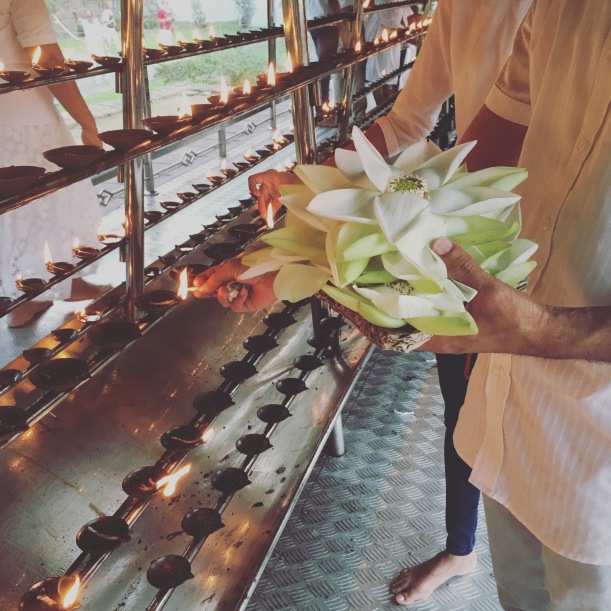 Worshippers in Kandy, Sri Lanka with the white lotus

The lotus flower is also unique in the sense that seeds and flowers are to be found almost simultaneously in it, as a metaphor for the Buddhist belief that cause and effect are to be found together. 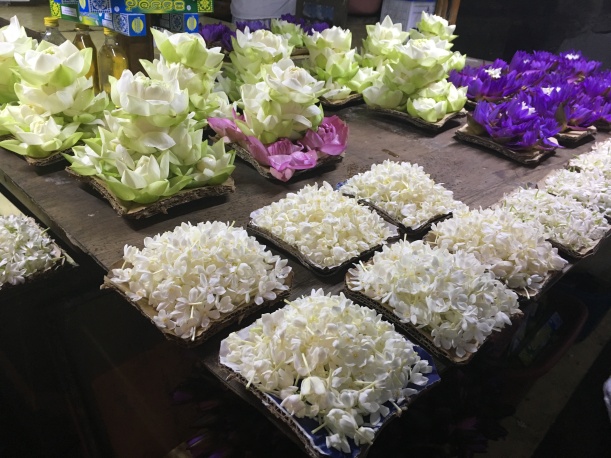 White and purple lotus flowers on sale at a stall, Kandy, Sri Lanka

The lotus flower is also held up a symbol of longevity. Seeds of a lotus flower which bloomed 1300 years old in a lake in northeastern China  ago were made to flower. The lotus flowers are to be found in ancient Egyptian murals as well as many countries of Asia- China, India, Japan and Korea- testifying to the universal sense of wonder that one experiences when seeing them.  Now they are grown all over the world. 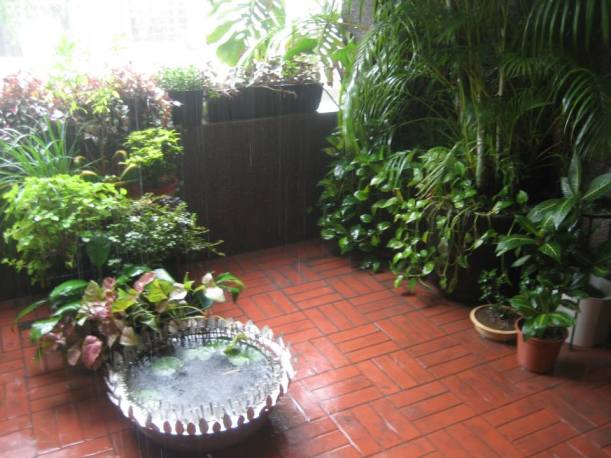 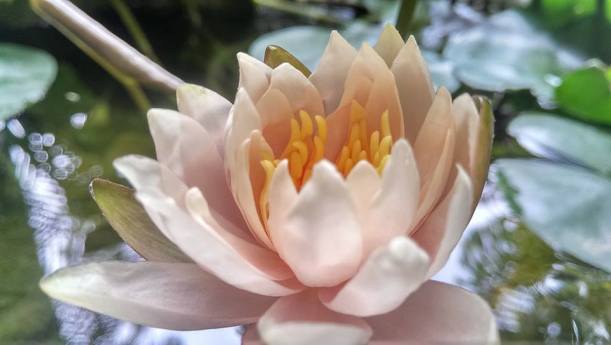 Photo of my friend’s lotus flower

So next time you see a lotus flower, enjoy its beauty but also think about the various metaphors associated with it that might help you in life! 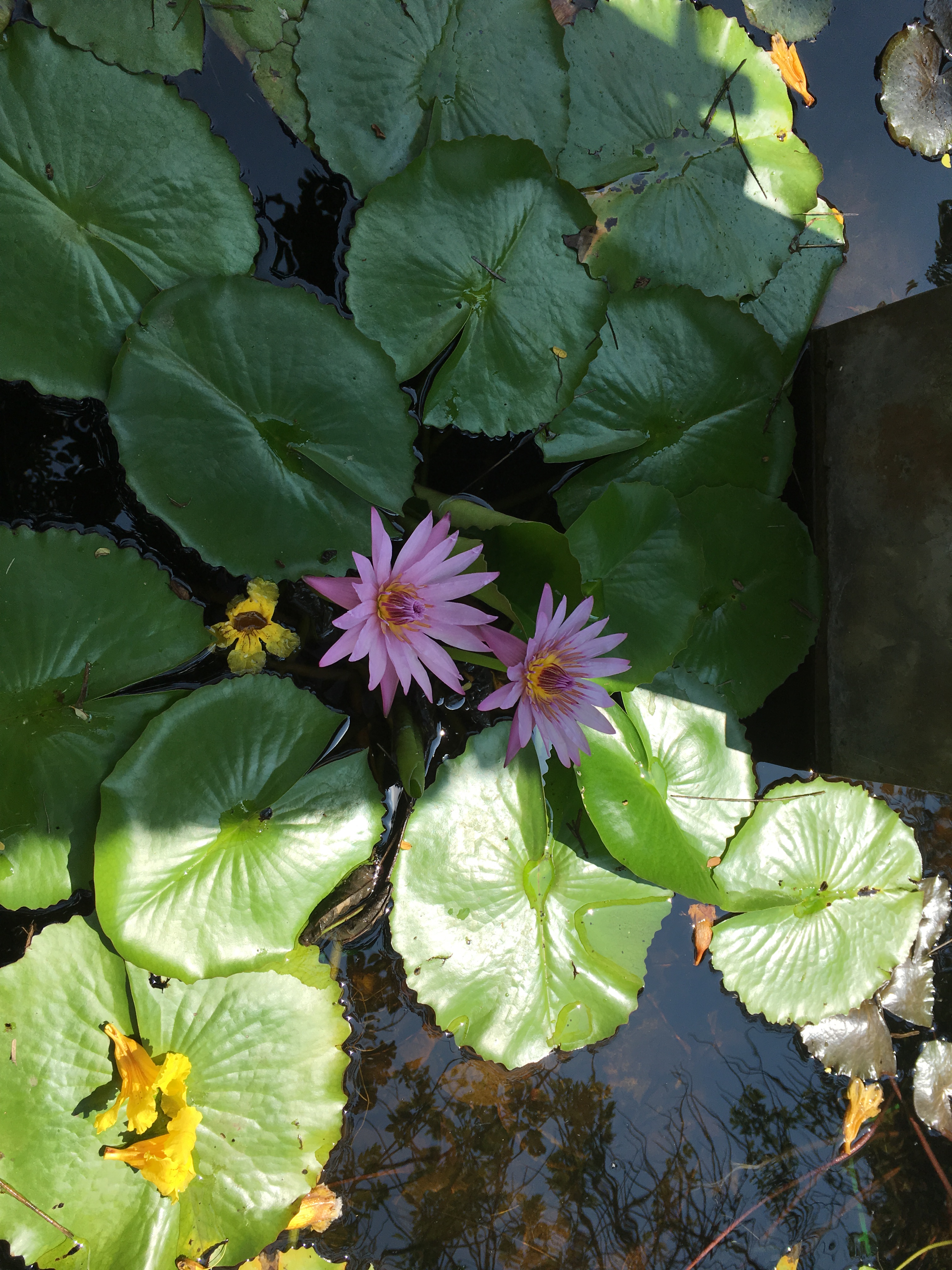