In these days of climate change with extreme heat and lack of rain, even in the UK, one has to think about how to keep plants hydrated.  I went away for three weeks recently and had only just bought a lavender plants before leaving.  I was worried about it dying while I was away.  So I used a weed- nettles which grow well in my terrace- to make a green mulch.

The green mulch would not only save the soil from drying out but also as the nettle dried out, it would nourish the soil.  It also would prevent other weeds from growing in the pot. I had first learnt about green mulch from some Cuban organic farmers who had used it during the ‘crisis’ days to grow urban food but had never used it myself. 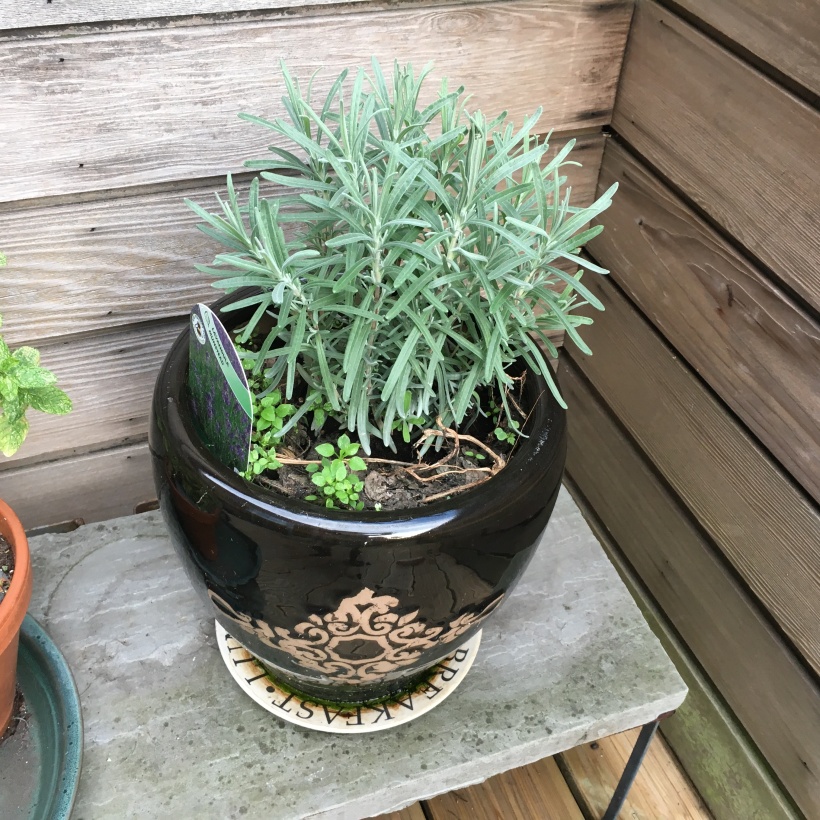 Almost four weeks later, this is the result.  The plant looks healthy and has grown well while the nettle has dried and become part of the soil.  Some small weeds have grown in the pot but those will also form part of the new green mulch.  This was so effortless and economical that I’m going to use it again and again.