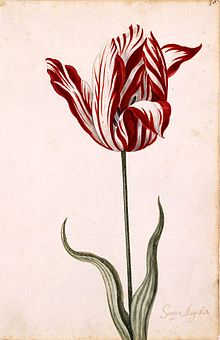 In the 17th century Netherlands, arose the ‘Tulip mania’ when people believed that investing in tulips would make them rich.  Plants grow and flower- so what was there to lose?  Tulips originated from Eurasian and North African genus of perennial, bulbous plants in the lily family with around 75 wild species. The name ‘Tulip’ is reputed to come from a distortion of the word in Persian for turban, as reference to the shape of the flower.

The most expensive of the tulips was ‘Semper Augustus’, considered to be the most beautiful of all flowers and a pinnacle of achievement from the breeders.  Even before the ‘Tulip mania’, a single Semper Augustus bulb was said to have been sold for 5,500 guilders, reaching the dizzy  heights of 10,000 guilders in 1637, just before the crash.  In the 17th century, the annual earnings for a worker would have been around 150 florins, so 10,000 guilders would have been a huge sum of money.  But these flowers did not make the poor richer but as it were- it was to make the rich poorer. By the time the market for tulips collapsed in February 1637, Nicolaes van Wassenaer, a chronicler of the period, relates that only a dozen examples of Semper Augustus existed, all owned by a single individual.

The tulip also hid an unusual secret. It’s extraordinary beauty of blood red streaks across its ivory white petals was due to a virus.  This virus ‘breaks’ the single block of colour thereby streaking the petal and also added a stunning striation of yellow and red.  But in the meanwhile the plant is increasingly weakened by the virus. So the virus not only made it a ‘short lived’ beauty but also made it difficult to propagate, thereby naturally ending its genetic line. The famous Semper August bulb no longer exists except in some paintings of the Old Dutch masters. Instead we now have tulips with healthy blocks of colour with a few striated varieties.  This photo below was taken during the Tulip festival at Eden, Cornwall. Perhaps the lesson here is that not everything that looks beautiful is good for us. 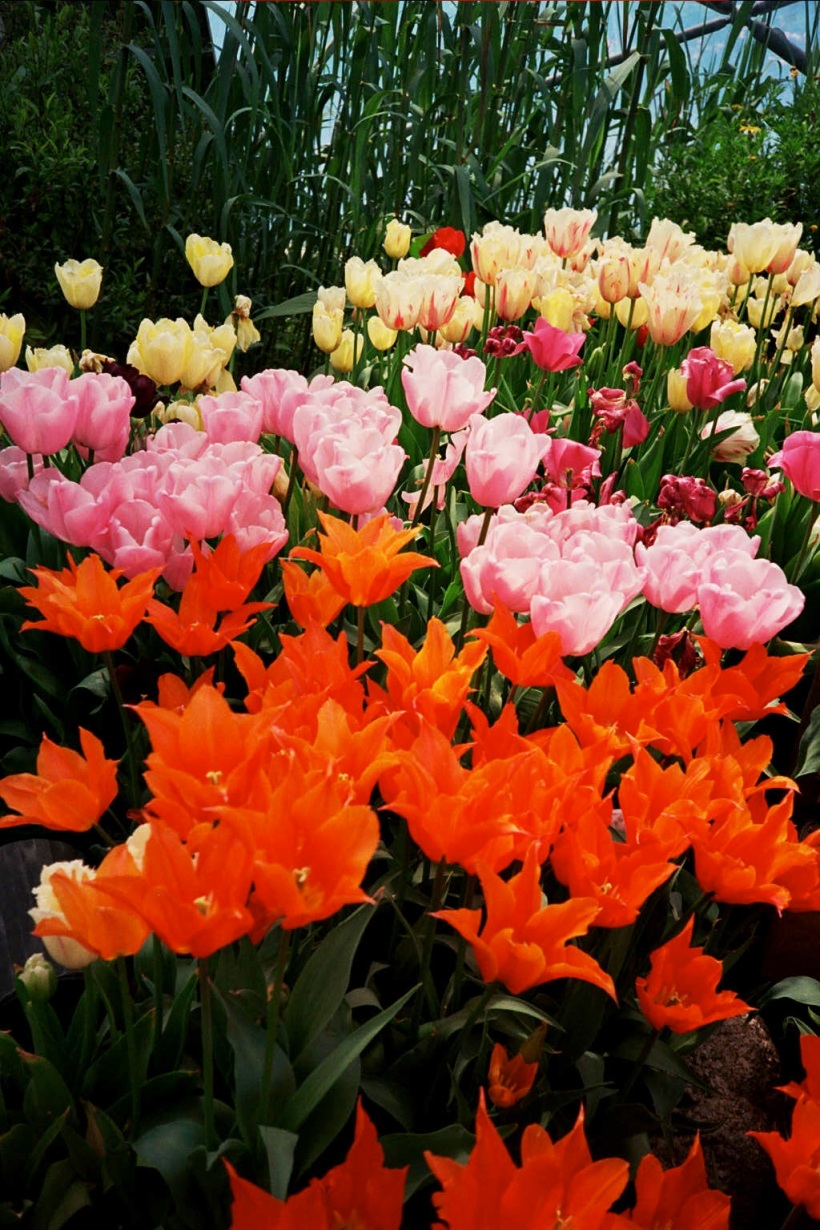